The virtual land experience is key to the understanding of the KaraSpace business model. The mainstream AR glasses are still under development, but the virtual land can be accessed, experienced and designed already very soon.

The KaraSpace Consortium will establish a partnership with one of the leading  virtual land experience companies, to build the access portal to the virtual KaraSpace land. It will be accessible via smartphones, desktop computers and early VR/AR headsets.

Try the portal into Karaspace:

But the KaraSpace virtual land on top of reality also provides portals to other virtual worlds and experiences, that are not connected to reality, like Minecraft, Second Life (Sansar), or new developments like Decentraland or Neoland/Neoworld. Vice versa, this environments may provide ways for roaming into other worlds and the KaraSpace.

Some worlds can be experienced already and are all candidates for the AR-Consortium.

Second Life is running for a decade and has the ownership of land centralized on the US Servers.

It is running well under Windows, Mac and Linux: secondlife.com 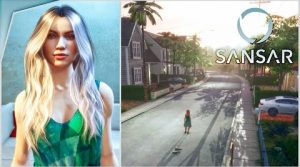 Sansar is the next generation technology after Second Life by Linden Labs. The land is also centralized on the US Servers.

It is running only under Windows: sansar.com

Many more virtual land experiences are on the world market. 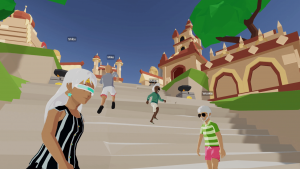 Decentraland is keeping the land ownership on the Ethereum Blockchain. The Land is still kept simple to keep performance up. 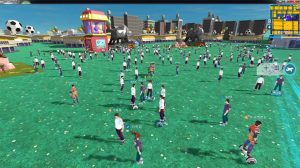 Neoland/Neoworld is keeping the land ownership on the NEO Blockchain and using also the NEO crypto currency. The Land is still kept simple to keep performance up.

And while  the virtual land platforms earn millions by the instinct of gamers to speculate on land, KaraSpace will turn this game into freaking reality with thousand times more land and increase in real world value.
Even in the real world, a rich factory owner just confessed to me, that after decades of tedious factory work, the actual wealth was generated by a clever land speculation.