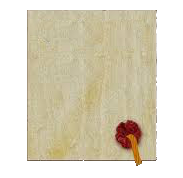 To deploy this contract to the blockchain and for any transaction, it is nessesary to install the MetaMask Tool and have an Ethereum wallet on it. But it is possible to play with the contract on a virtual Blockchain on Remix.

This very simple demo contract allows every blockchain wallet owner to change the number in the this Smat Contract, or to just query the value. The deployment and the a value change will cost gas to run.  Different Apps can access the contract.

The main poupose of the Distributed BlockChian Application for KaraSpace is the absolute open source transparency of the action and the temper free storage of the records. For this, the application code as well as the smart contract must be layed open, and must prove to describe the actual code that is running. For this, the source code and the development tools are provided.