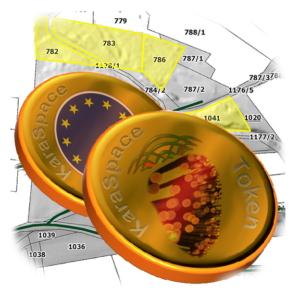 The KaraSpace stable coin will be an integral part of the KaraSpace virtual country and is in preperation.

KaraSpace depends heavily on all kinds of blockchain tokens in all their different functions like for Crypto Currency, Stable Coin, Security Token, Utility Token, Asset Tokenization and the construction of a whole virtual country with Citizens and Governance as a token and smart contract based semi autonomous organization like a DAO.

As KaraSpace will offer token packages with security tokens, stable coins and other tokens, which will all sooner or later be regulated by all kind of countries, we categorize them as fully regulated. We will work with the Swiss Financial Market Supervisory Authority FINMA to get the necessary authorization or possible supervision by the time of the final token sales.

The sentiment of the regulators for private companies to issue stable coins have finaly turned around as shown in the video below.

The WEF has also published guidelines for central banks or privat companies to bring a stable coin on the market.

The KaraSpace Crypto-Currency backed by the virtual land
The crypto currency in KaraSpace (Kara = KPE) is not the object of speculation. The currency is only a vehicle to exchange goods and transport value. As such it is more like a stable coin in the crypto space. As the management of a stable coin is regarded as the “Holy Grail” in the crypto space, we can not guarantee to keep it stable, but our monetary department will try its best to keep the exchange rate close to the Euro with a number of effective tools. The Kara Coins will be one of the first ‘Seigniorage shares’ style cryptos (independent from real currencies or other assets), with a realistic chance to sustain stability. It is easy to intervene if the market price is to high. But if demand is low, beside the classical means of interventions and reserves, the KaraSpace Association has literally the whole world of virtual real estate using rights, to put on auction and to increase demand for Kara Coins. “Kara” will be the only currency allowed, to bid on this auctions. The KaraSpace currency will also not be promoted as a mainstream stable coin, but as the mean to buy virtual land and finance AR-Glasses. So if very big demand for stable coins arise in the crypto space, the Kara Coin require KaraSpace citizenship, AR-Investment and land purchase activities to obtain it.

So for the economy inside the KaraSpace virtual country we a have stable coin to rely on.

Read more about the rest of our Token economics here …

Here the video to understand the sentiment of the regulators for private companies to issue stable coins.

The WEF guidelines for central banks or privat companies to bring a stable coin on the market:
Central Bank Digital Currency Policy-Maker Toolkit: 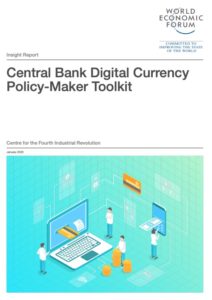